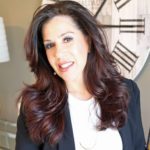 (YorkPedia Editorial):- Los Angeles, California Jun 11, 2021 (Issuewire.com) – The paparazzi can’t get enough of the rumored romance between Ben Affleck and Jennifer Lopez. And who can blame them?! Ben and Jennifer are both gorgeous human beings inside and out, but will this newly re-ignited flame keep burning? Sadly, no, predicts the celebrity matchmaking team at Select Date Society.

Amber Lee, the matchmaking firm’s CEO, and Sandra Myers, the firm’s President, know a thing or two about what it takes for power couples to stand the test of time. These matchmakers have combined experience of over 50 years, and they are responsible for introducing thousands of couples, including celebrities, athletes, politicians, and executives.

“I loved Bennifer the first time around,” says Lee. “They grew up in different cultures, but with very similar values. Their childhood’s both involved performing, music, and a love for family. They are both from the East Coast. They have both obtained fame, yet both remain down to earth. I was really pulling for them the first time around!”

Nearly two decades later and these two are still captivating our attention. Ben Affleck has battled alcoholism while Jennifer Lopez has been in and out of many high-profile relationships. They are both very different people than they were when they were engaged in 2002. Now they are both divorced with children, so is the timing right for this new romance?

“As much as we love seeing these two together, the reality is that this relationship is going to be short lived,” says Myers. “When they broke up the first time, it was largely because Ben was uncomfortable with the media attention and that hasn’t changed. He’s a little more low-key. He has been fiercely protective of his children with the media, whereas J-Lo has put her kids all over social media. Jennifer enjoys being in the limelight.”

Lee agrees. “Jennifer jumps from one romance to another very publicly. It’s like she’s trying to prove to the world that she’s okay and she’s worthy of love. She needs to take a break and get comfortable with herself if she’s ever going to have a life-long partner.”

Myers equates it to that one friend we all have who is constantly jumping into relationships headfirst and over-sharing on social media, only to end the relationship just as quickly before starting the cycle all over again. “As much as we love Jennifer, we can all see the pattern here,” says Myers.

These matchmakers would love to see both Ben and Jennifer in healthy relationships, but they know that’s not going to happen for either one of them on the rebound. Jennifer just ended her engagement to A-Rod in mid-April. The timing is just not in their favor.